Star Shift is a single player space combat/exploration simulator, and much more.
Our aim is to immerse the player in a compelling story to accomplish as well as to make possible free to “wander around in the space” … and discover new quests not directly related to history.

You will be called to cope with space piracy, mercenaries and a looming threat for the whole known universe. Explore the universe, trade, build your reputation, fight amongst the stars and save your race from extinction! 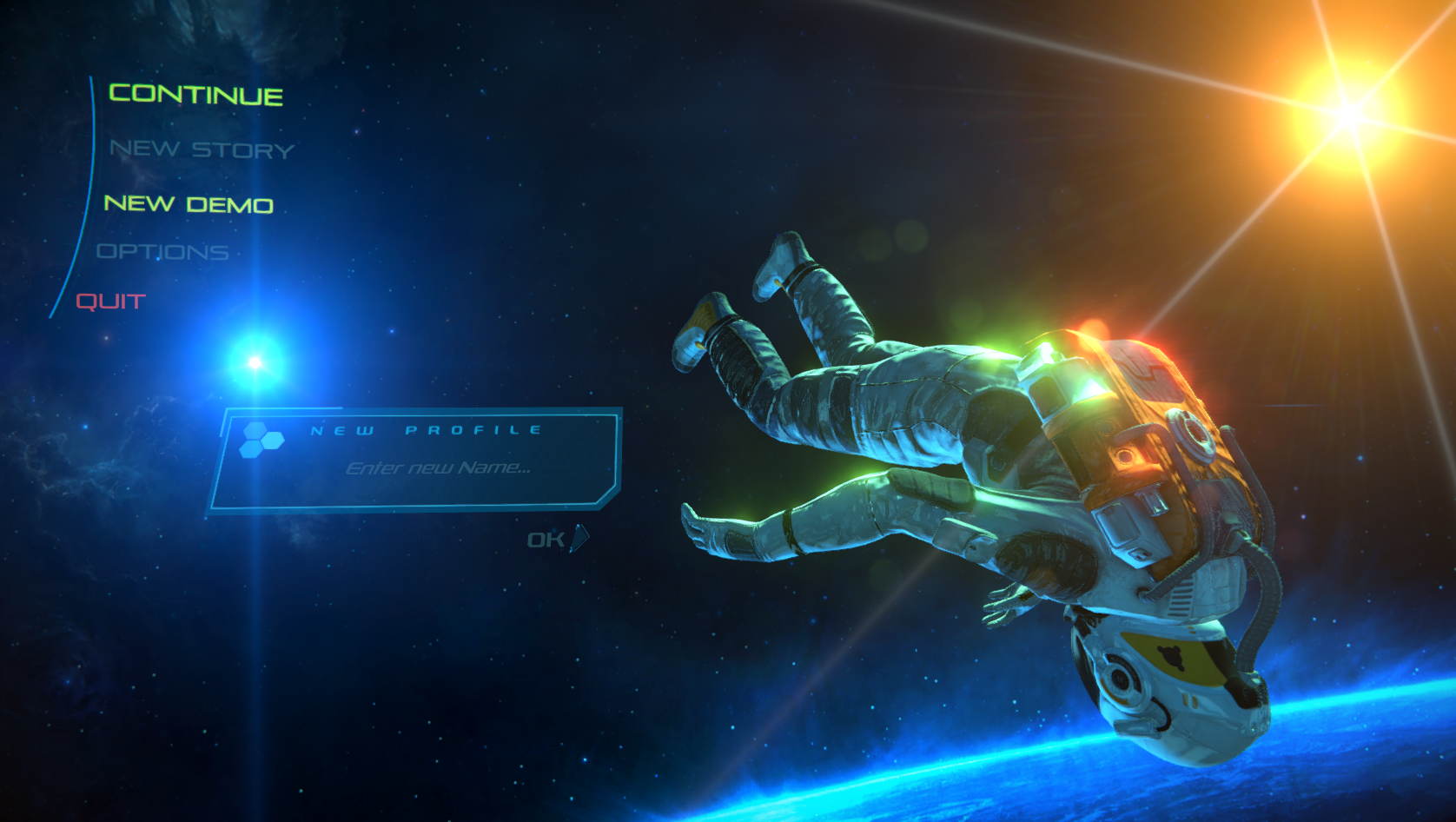 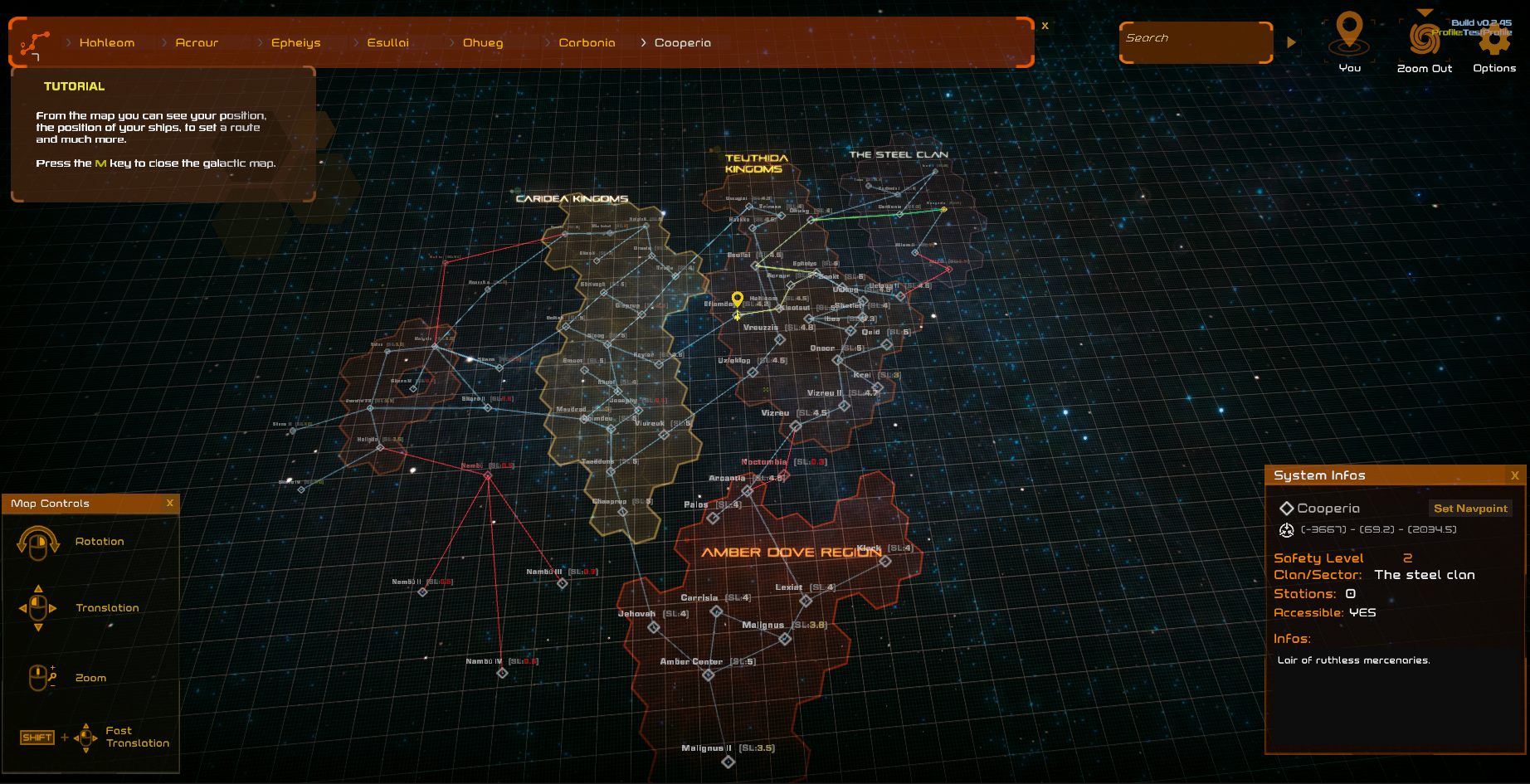 The universe of Star Shift is very vast and filled with unexplored areas, mysteries, opportunities and military actions; and That universe is yours to discover. Finding your way home is not guaranteed-explore at your own risk.

Star Shift will also have FPS/third person-style sessions. Explore the stations’ interior and abandoned ships, find out about the mysteries along your path and collect useful items. Follow the story or head off to space and earn some credit to buy new ships and upgrades.

The walk sessions will allow the player to access to terminals in stations to trade, set up their own ships and consult the available missions. You can interact and talk also with the NPCs.

Interacting with NPCs will be of fundamental importance to the story, establishing alliances and making new friends. Or enemies.

Be careful what you say to strangers, if a space pirate listens to you reveal that you are carrying precious cargo, once in deep space you could find him with his ship waiting for you hidden behind some asteroid!

You have been declared missing...

When the first wormholes were identified in the year 2380, astrophysicist Carl Isack Morenbergy was the first to foresee their importance. Thanks to the joint technology of all factions, the Earth was soon able to build the first space gate to exploit the wormholes in the galaxy.

Now there are more than five hundred gates that exploit the nature of wormholes. The gate channels and stabilizes the tunnel’s natural energy to allow safe travel through them. 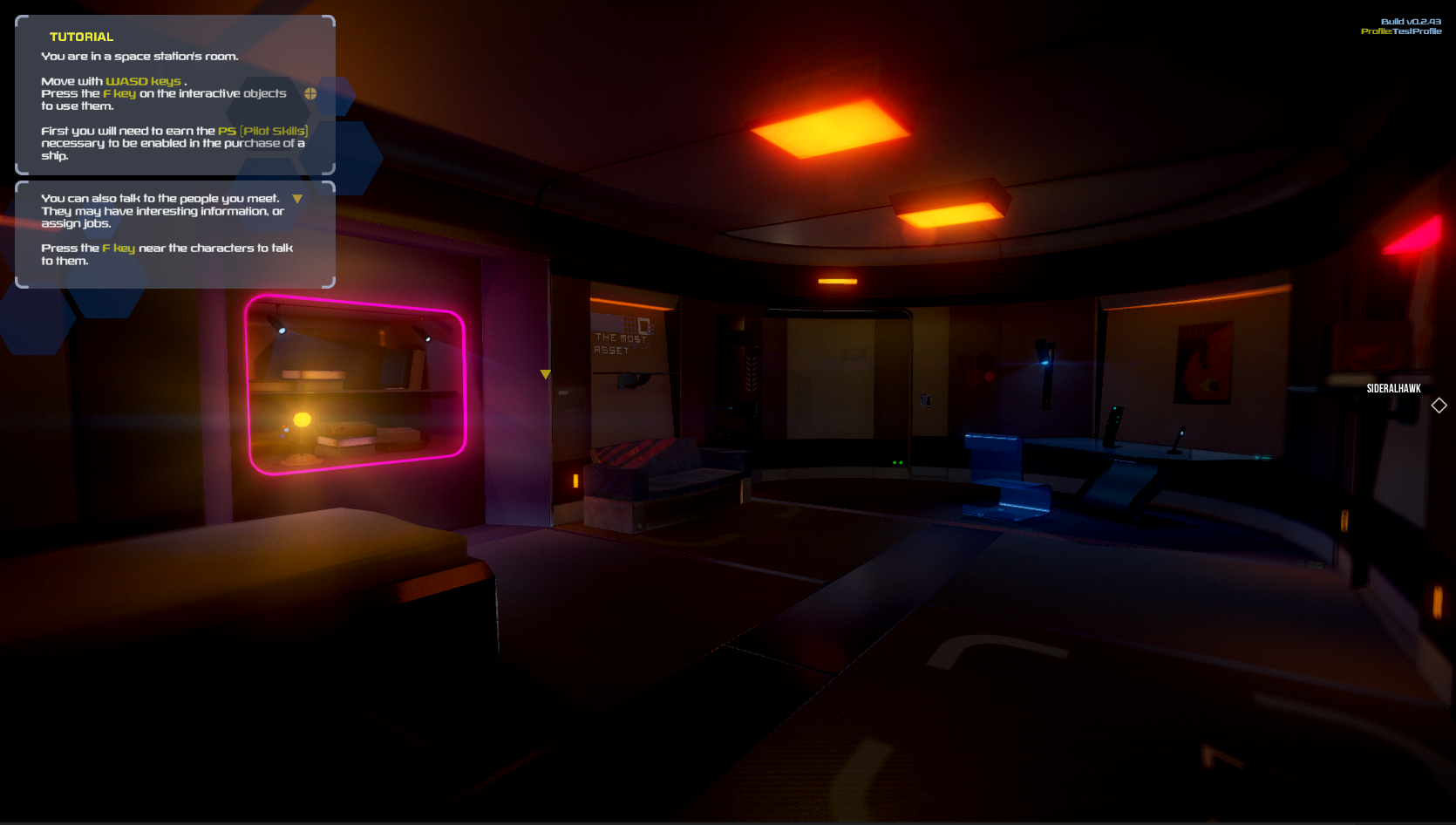 The known universe is governed by the U.S.F, a United Systems Federation organization, established by multiple races, but led by one: humans. Despite racial differences within the federation, it is experiencing a time of peace for almost a century.

On this world stage, you are Kaleb Delacourt, an extraordinary human space pilot whose personal code of independence has landed him on the inside of a few Federal prisons.

You have been declared missing for a long time, found adrift in space, without a ship, far from any outposts.
It is incomprehensible how you can still be alive. 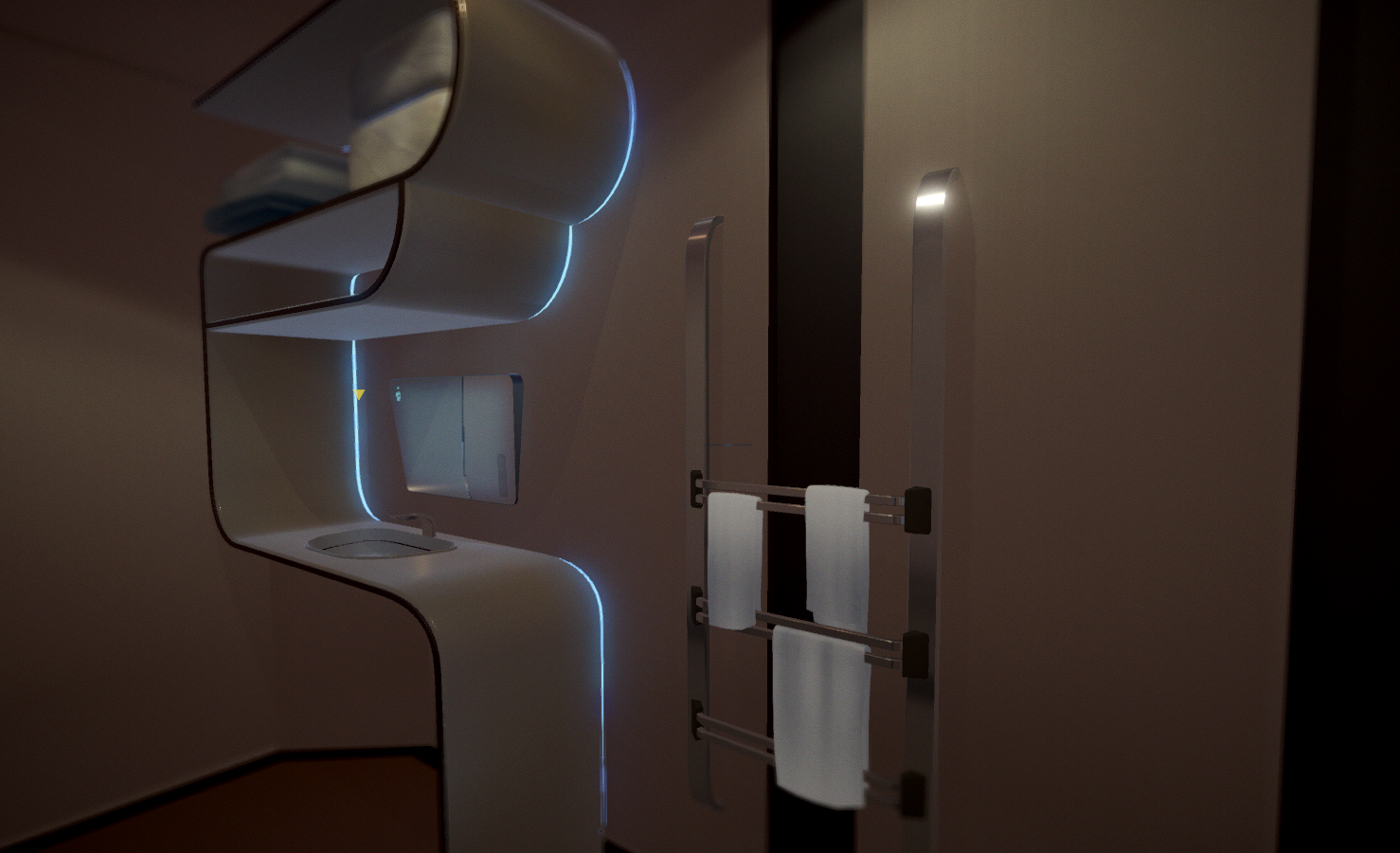 Now a free man, Kaleb earns his living doing jobs that no one else wants to do. Unknown areas which few have returned from, dangerous asteroid fields, areas where very dangerous war’s remnants are found, along with extremely valuable artifacts. Kaleb is the man who can find anything, anywhere. 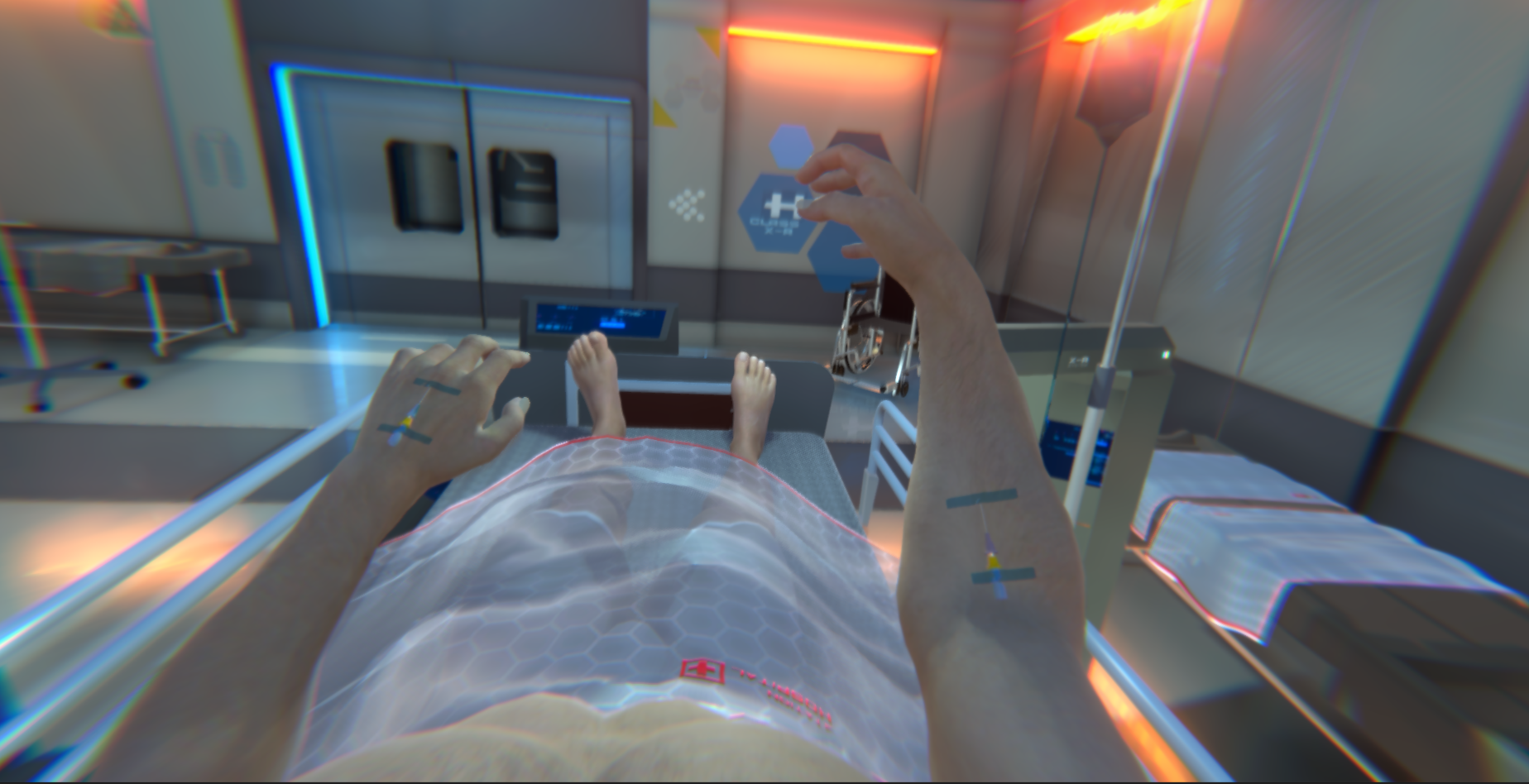 During a goods recovery mission commissioned by an anonymous customer, an event that will change the balance of the entire universe occurs.

The universe is at your fingertips—explore the unexplored! Become a smuggler, a bounty hunter, a pirate or a pilot of the Federation: that’s up to the player’s choice.

The universe of Star Shift allows you to make different choices that will allow you to have the tasks that best suit your reputation. But if you will follow the game’s story, you will need to take legal actions and build your reputation. The missions you’ll get will depend on how the rest of the universe looks at you.

Star Shift is an open-world game. But it would be more appropriate to call it an open-universe game. The player will be able to visit the entire known universe as they see fit, or go beyond the boundaries. The game takes place mostly on board space fighters that can be bought, upgraded and traded. Hence new upgrades and weapons could be mounted on your spacecraft for overall improvements.

During the course of the game various missions will be available. The player may agree to carry out small and simple mission to earn credits, or he can follow the storyline and become the best pilot that the universe has ever seen. 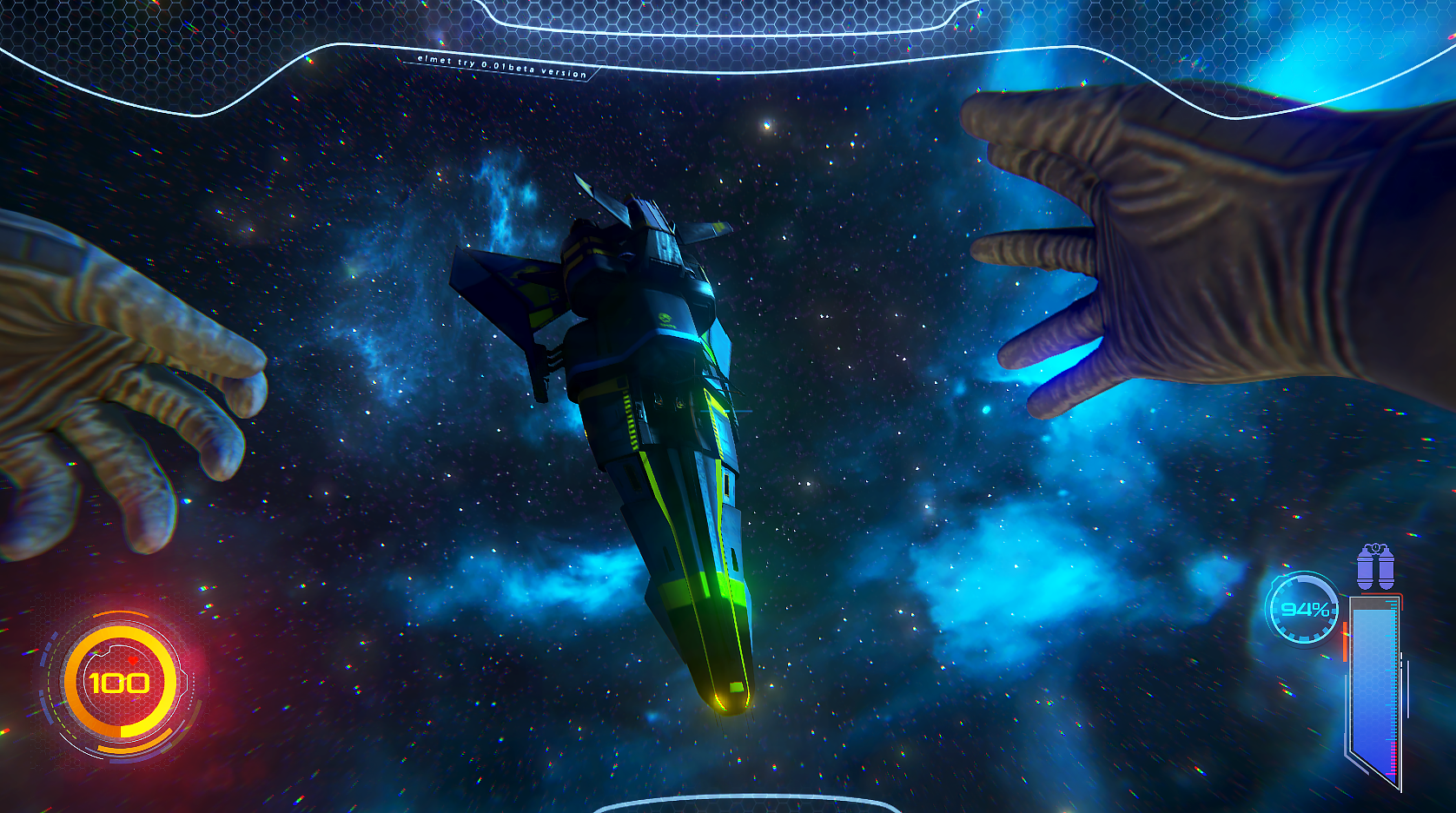 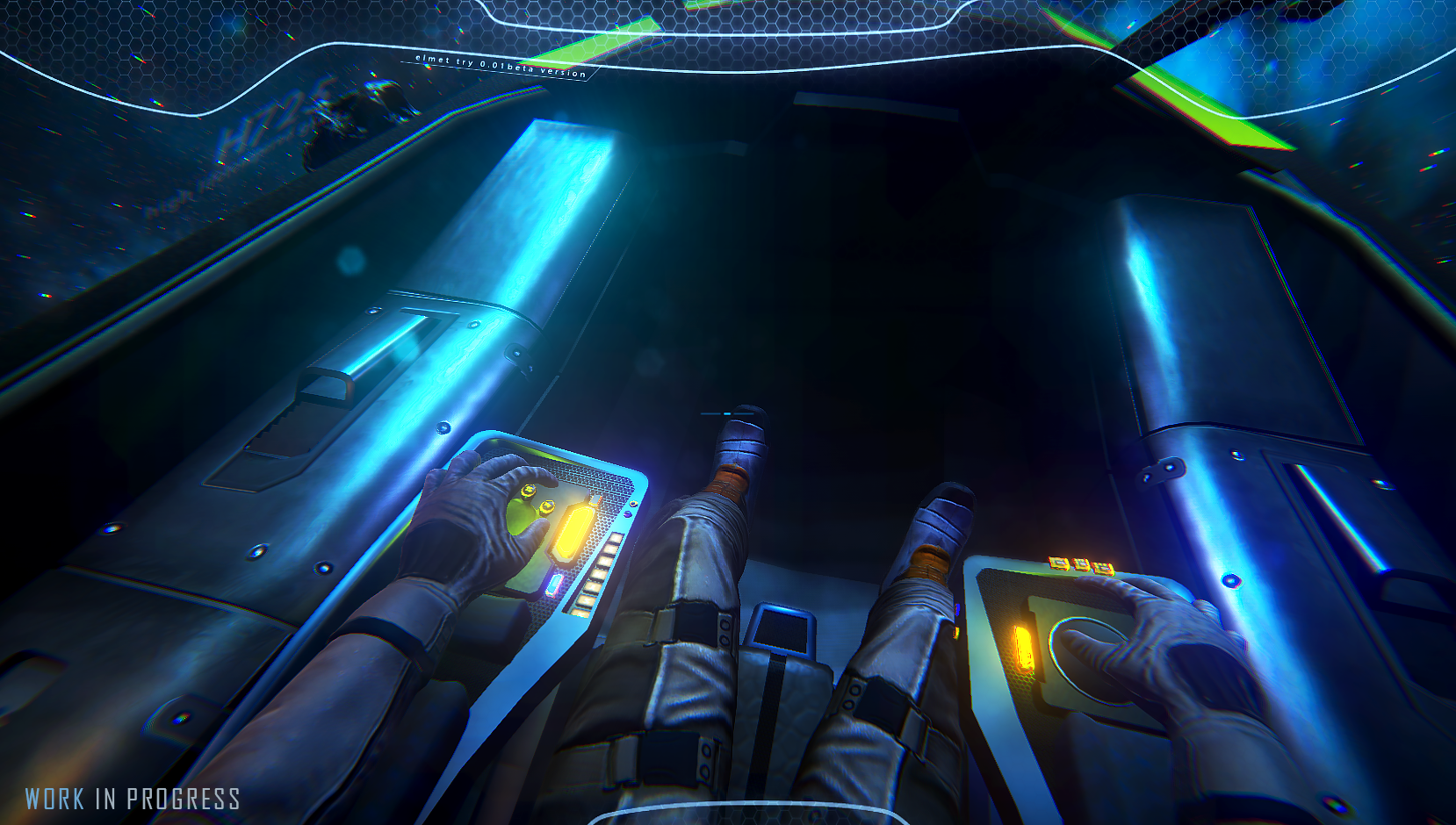 Star Shift development started in June 2015 with Unity 3D engine.
William Giacinti (modeller and programmer with twenty-four years of experience) and Francesco Gucciardi (graphics modeller) decided to create a space simulator that could partially trace back to the emotions felt in the classic titles, such as Wing Commander, Frontier, X saga. With time going by, others have joined the group, among which S.Valentina (graphics modeller), D. Alessio (graphics modeller), C.Tiziano (programmer), as well as our musician Diego Donati and other external collaborators.

The last public version of the prototype scene (0.6.3b version, was available from February 10, 2016 to February 29th) had only a a fraction of the full game’s features.

It has been tested by several youtubers and industry reviewers receiving 100% positive opinions.

A complex ships-fitting system, different flyable ships and hundreds of interchangeable items that improve performance. Turrets of different types, missiles, mines and other unique items that can either be purchased to be mounted on your spacecraft, or sold again on the game market. In addition to this, an extensive session was introduced, during which the main character is able to visit the stations interior and perform many important actions for the story to unfold.

The highlight in the game definitely goes to the AI pilots. During a battle we could see realistic speedy conduct of the ships, which will vary depending on the situation and their pilot’s skill level … Evasive maneuvers to avoid missiles, “jab and run” combat tactics when opponents are too strong too strong to be handled head on: sudden outrushes from the battle zone to buy time while the shields recharge and back to attack again… routes through asteroid fields to deceive missiles, launching weighted baits, mines, etc.

The ships will also perform complex squad maneuvers. When you face an enemy, the encounter will be very different whether it’s part of a squadron or just alone.
For instance, it is possible to annihilate the whole ship’s living crew, avoiding the hull’s destruction so as to be able to recover the wreckage in the best state. 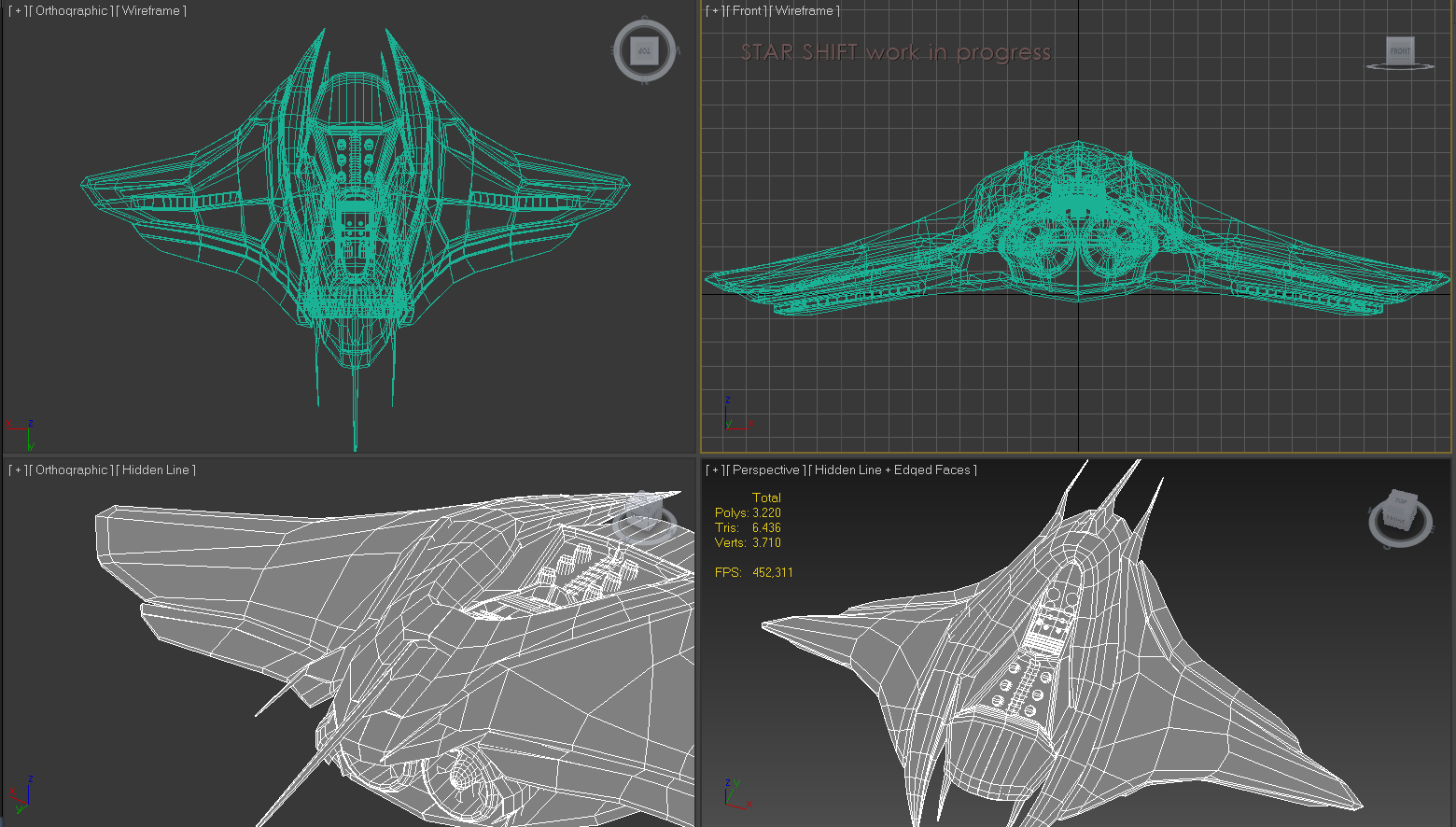 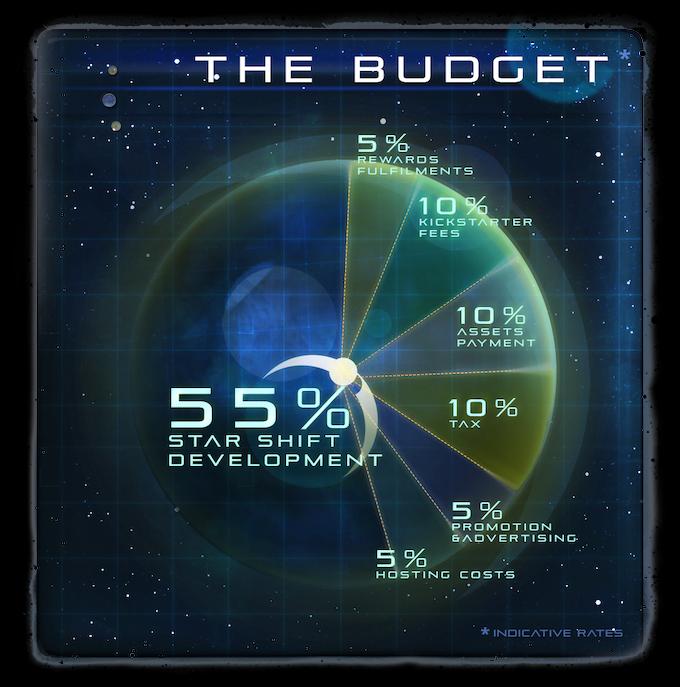 The development of the game has always been linked to the success of the Kickstarter campaign which unfortunately has not had the desired success.
The project therefore stops after only two years of development, with the hope that one day it can be resumed and expanded, using the new technologies of the Unreal Engine 5.